Image from Portrait of a City -Paris Courtesy of Taschen

Our endless love affair with the City of Light takes form in a 648-page photographic essay Paris: Portrait of a City that captures images by Daguerre, Atget, Lartigue, Brassai, Doisneau and Cartier-Bresson, among others, in a 10-pound tome published by Taschen, which has done the same for several other cities. Here you’ll see Paris change over time – but not after 1968 – with quartiers removed by the exuberant Barron Haussmann (whole neighborhoods torn down), the Eiffel Tower under construction in the 19th century and then Hitler posing before it triumphant, plus a plethora of parks, cafes, strip clubs, and city adornments. More than a coffee-table book, it’s a $69.95 escape to places that exist no longer like the food halls of Les Halles and images that remain forever in your memory. While you may be convinced this is “your” Paris, it is actually the eye of 79-year-old Jean Claude Gautran, photographer and photo editor, who spent years in archives and collections to find this trove. Story in NYTimes T Magazine

The Lost Photographs of Captain Scott: Unseen Images from the Legendary Antarctic Expedition, David M. Little (Little, Brown) 191 pp. $35. Self-taught photographer Herbert Ponting accompanied the Scott expeditionary team to the Antarctic and spent a tortured winter there before returning home with his glass plates in 1911. His images are known worldwide, but his greater gift may have been teaching Captain Robert Falcon Scott how to expose the glass plates himself, leaving with him a cumbersome view camera and tripod. Remarkably, Scott managed to continue shooting images until he reached the South Pole (discovering that Amundsen had beaten him by 33 days) and then the death of his crew followed by his own demise. While lost for nearly a century, a set of prints from these plates turned up at auction and were purchased by art collector Richard Kossow. In the smallest of coincidences, Kossow met up with David Little, a polar historian and great-nephew of a Scott crew member, and they hatched the plan to present the work as a book. Article and slide show

Ezra Stoller Photographer, Nina Rapaport and Erica Stoller (Yale University Press) 283 pp $65. From Fallingwater to the Whitney Museum of American Art, Hancock Towers in Boston to the Miller House (Columbus IN), Ezra Stoller was among the most sought after architectural photographers of his time, in a career that spanned 50 years. This book is the first to look at the full range of his work, including middle-class homes he shot for Ladies’ Home Journal and Architectural Record and industrial settings of factories and workers.  This is a masterfully printed book, with images that look like platinum and  selenium-toned prints. It features essays by Erica Stoller (Stoller’s daughter), architectural historian and critic Nina Rappaport, photography critic Andy Grundberg, architectural editor John Morris Dixon, and architectural critic Akiko Busch. Stoller’s work was recently seen in an exhibition (2010)  curated by his daughter Erica Stoller called Man and Machine in Washington, D.C. 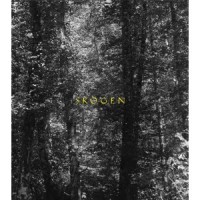 Skogen, Robert Adams, 100 pp, 46 tritone illus. Yale University Art Gallery $50 (published Sept. 2012) The Swedish word for forest, Skogen is the most recent series of published studies of the dense woods near Adams’s home in Oregon. The 46 prints are “the latest to document Adams’s ongoing quest to find form amid the chaos of nature, shadows predominate, tempered by an ambiguous light that is unique to the Pacific Northwest.”  Also included are an introduction by the artist and a poem by the acclaimed poet Denise Levertov. This pairing is meaningful; as Michael Fried wrote in Bookforum, “Adams’s artistic ideal…has much in common with that of a certain sort of lyric poem, one that similarly has not the slightest room for carelessness of any sort.” See images from the book

Short Nights of the Shadow Catcher: The Epic Life and Immortal Photographs of Edward Curtis, Timothy Egan. (Houghton Mifflin Harcourt) 370 pp. illus. $28. It’s curious how circumstances, and even serendipity,  lead to a life’s work. Edward Curtis’s youthful life in the Seattle area led him to set up  a portrait studio, from which he moved to photographing nature and Indians in the region – an avocation that led him to the company of naturalists and explorers, and on to what became his life’s work — some 40,000 images of American Indians in some 80+ tribes.   “The North American Indian” was  a 20-volume encyclopedia of 2,200 sepia-toned photographs and text on purportedly every “intact” American Indian nation on the North American continent, including portraits of Geronimo, Red Cloud and Medicine Crow. It took a disastrous toll on his health, his marriage and financial well-being. No one ever disputed his “darkroom genius,” but Curtis’s rationale for documenting the “vanishing” native Americans is now considered an old chestnut. Today’s native populations use Curtis’s work as an important tool in teaching their culture to their children. Book review Slide show