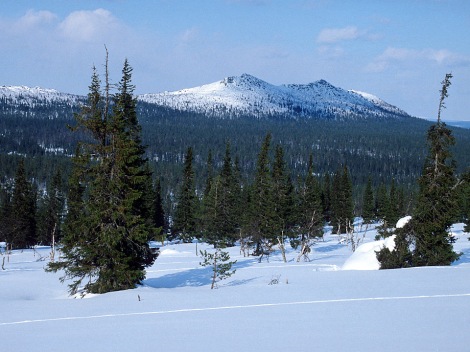 “Borders are both a threat and an opportunity. A threat because of restrictions, controls, limits. An opportunity because of exchange, crossroads and trade.” Robert Brunner, Manager, Thayatal National Park (Austria)

Two dozen countries make up the European Green Belt – an ecological spine some 12,500 kilometers in length – of border lands, riparian buffer, and natural places from the Barents Sea between Norway and Russia to the Black Sea between Bulgaria and Turkey– with a shared vision and transboundary cooperation for nature conservation and sustainable development.

Wolves, bears, lynxes, eagles and cranes are among the species –many of them on the IUCN Red list—the Green Belt partners are seeking to protect. © Pukowik 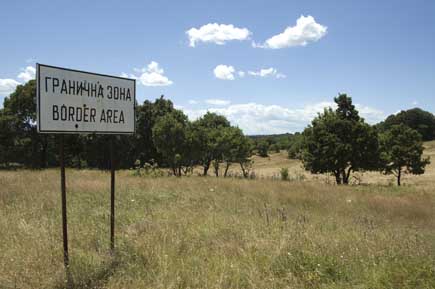 Green Belt in Bulgaria: crossing sign near the Turkish border

The 50-kilometer-wide “belt” is adjacent to many areas of high conservation value– 40 national parks and more than 3200 protected areas. The goal is to integrate the green belt with key habitats as an international network of valuable ecosystems.

This is no small achievement if you consider:

The concept of a “green belt” originated just after the Berlin Wall fell in November 1989, with a group of 300 environmentalists from the Federal Republic of Germany (West Germany) and the German Democratic Republic (then East Germany) who assembled and formulated the Green Belt Resolution of Hof (Germany). The first conservation projects were a strategic move to eliminate the internal border that made Germany – and valuable habitats –artificially divided into two countries for 40 years.

Other projects followed—then the idea moved to scale at the European level. By 2003 a conference on the European Green Belt resulted in a working group, with the World Conservation Union (IUCN) as the coordinator. By 2010 individual countries were on board as part of the work program.

A landmark agreement signed in 2012 between Norway, Finland and Russia, makes possible development of the Green Belt of Fennoscandia – the vast area in Northern Europe uniting the three countries, spreading across the Kola peninsula, Finland and Karelia.

The most recent addition is the Baltic Green Belt,  established in 2012,  along the Baltic coastal terrain of Estonia, Latvia, Lithuania, Poland, Germany and Russia.

This year, the Green Belt celebrates its official 10th anniversary with events and symposium held in May in Berlin.

Map of the European Green Belt

A green belt of regions

The Green Belt has regional sections managed by NGOs, state agencies and management authorities to protect distinct biogeographical regions that are habitats for biodiversity. (NOTE: Countries in italics are working toward membership in the European Union; those in boldface are not members. All others are EU member states.)

Americans tend to think of Europe in terms of individual countries, cultures and political factions. The Green Belt is just the reverse — a major effort at unification to bring together the natural heritage and biodiversity assets of a continent as a Pan-European network. It’s bold, it’s complex, and it does not offer easy shortcuts to achieve. 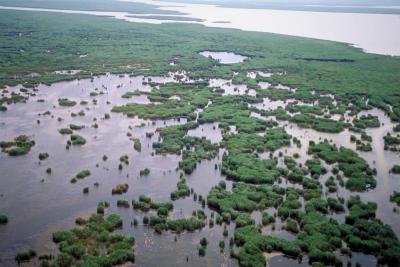 Today, in a globalized economy, there’s more at stake in the long-term protection of habitats and species because economic development and country advancement are eagerly sought by nations that were formerly disadvantaged.

Areas in the Green Belt are at risk from the development of infrastructure ( road-building, deforestation),  plans for dams and chanelling that affect the natural flow of river systems with valuable aquatic assets (Danube/Drava/Mura),  illegal hunting (especially of birds) and industrial-scale agriculture that includes major animal production for export.

At the Berlin 10th anniversary conference in May, Prof.  Hubert Weiger, chairman of BUND Germany pointed out that the Green Belt must be an important driver for sustainable regional development.

“[E]cological wealth can only be maintained long term, if its value is also appreciated by the people. Numerous examples show how the Green Belt contributes to nature tourism development in disadvantaged border regions and can generate economic value.”

Christel Schroeder, President of EuroNature, concludes“ We all bear responsibility to ensure that this peace-making idea is not sacrificed by vested interests.”