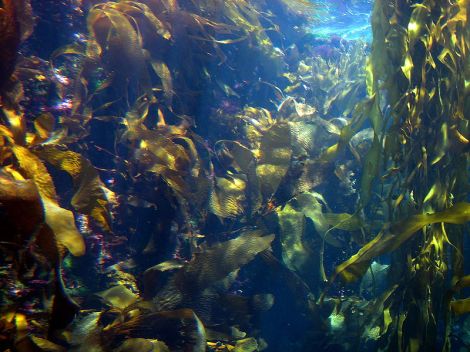 As our environmental heroes of 2013, we selected 10 enduring stories of people – young, old and no longer with us – whose love of the planet, scientific knowledge and conservation acumen is exemplified by their caring actions. Whether it is the hopefulness of youth (Julia Rosen at Oregon State University) or sage advice (Dr. Edward O. Wilson), these folks span generations and continents in their knowledge and activism for the planet. May it ever be thus!

Here’s the lineup, followed by individual stories. Read and be inspired!

Here’s one for the planet! After 46 years in planetary and earth sciences at NASA, Dr. James Hansen, now 72– the early advocate on the “greenhouse effect” and environmental hero to many – has retired and bid adieu to his agency,  but not to activism. Hansen is free to use his knowledge and expand his proactive efforts on human-induced climate change and related threats.  Hansen became a magnet, for what became the global climate firestorm, in 1988 – following a decade of observing rising temperatures.

Facing a Congressional committee, Hansen cast a salvo across the planetary bow, by testifying that global warming was indeed underway. During a press event that followed, he said, “It is time to stop waffling so much and say that the evidence is pretty strong that the greenhouse effect is here.” His opinions were mostly ignored or denigrated by the US government and climate-deniers as unsubstantiated for years to come.

“Since the day he spoke,” says reporter Justin Gillis of the New York Times, “not a single month’s temperatures have fallen below the 20th-century average for that month. Half the world’s population is now too young to have lived through the last colder-than-average month, February 1985.”

In retirement, Hansen will give voice, whether through activism or lawsuits, to climate change facts. “As a government employee, you can’t testify against the government,” he said to the New York Times. Read the full story

FACT: In worldwide temperature records going back to 1880, the 19 hottest years have all occurred since Hansen gave his testimony (1988).)

Heinz Award links to many aricles

It’s safe to say that Anna Merz never took “no” as a final answer. In fact, it’s likely that in life – and now after her recent death at age 81 – she loomed large as her own force of nature in her pioneering work saving the black rhino. Mama kifaru – Swahili for “mother of rhinos” –came to Africa for retirement, but got caught up in the slaughter of black rhinoceroses  (for their horns) and created a reserve, with David and Delia Craig, in the shadow of Mount Kenya (now known as the Lewa Wildlife Conservancy)  that grew and grew, to 61,000 acres with 70 protected rhinos, including one born the day she died. Her efforts helped double the rhino population to over 4880 in the past decade. Read her story — an obituary in the New York Times that will make you laugh and weep– and remind yourself that it is possible to have a satisfying third act in life. Mama kifaru,  thank you!

Obit postscript: A Washington Post obit adds to her story with comments from Mike Watson, head of Lewa Conservancy:  “Sadly we in Kenya have not been immune to the insatiable appetite for rhino horn in the Far East and Anna’s beloved rhino here on Lewa have come under sustained pressure from criminal gangs intent on profiting at the cost of this iconic animal.”  Demand for rhino horn is growing in Vietnam and other Asian nations.  Read the Post story.

Her book Rhino: At the Brink of Extinction

Six people from five continents have been honored with the 2013 Goldman Environmental Prize for their activism and hands-on work to protect the environment and their communities – often against the odds. The winners represent a range of projects in Colombia, Indonesia, Iraq, Italy, South Africa and the US. With an individual cash prize of $150,000, this is the largest award for grassroots environmental activism.

Seaweed are specialized ocean-living plants –part of the algae family – that often appear in huge floating masses on the US Pacific coast, and wash ashore in tangles that look like ominous creatures. Below the surface, they form beds and thrive in “kelp forests.” Whether green, brown or red in color, they perform an invaluable “natural service” to the planet by providing oxygen through photosynthesis.

Seaweed expert Dr. Kathy Miller of the University of California /Berkeley Herbarium — with one of the world’s best marine algae collections –takes you on a video tour of the magical place on dry land where 2.2 million plant specimens (including seaweed) are stored and studied; and on location to China Beach to see invasive, indigenous and coastal varieties of kelp. Seaweed’s  lessons of the past will help anticipate what is happening as a result of climate change. View the video

If you want to look back 10,000 years or more, the Ice Core Lab at Oregon State is a great place to study an unbroken record of what happened in the past climate. It’s a record of temperature, air, chemicals and dust bound up inside ice as part of geologic time. Venture forth with Ph.D. candidate Julia Rosen in her “ice core diaries” — invaluable lessons that may foretell the future.

Julia Rosen: “Lit by an Arctic midnight sun, this iceberg was spawned by one of Greenland’s fastest moving glaciers near Illulissat. About 400 ft. high, it covered an area larger than a city block.” (Photo by the author)

Meanwhile, at another OSU (this being Ohio State), Dr. Lonnie Thompson and his team have been drilling for ice cores in Peru’s largest ice cap – at 18,000 feet, on a volcanic plain in the Cordillera Oriental section of the Andes — to reconstruct the past. They used radiocarbon dating on wetland plants exposed along the retracting margins. Their paper was just published in Science. But they have to hurry: At its current rate of contraction (melting), it will likely be gone by year 2100. That leaves thousands of residents in Lima and La Paz, as well as farmers,  in the lurch! Dr. Thompson said in a New York Times story,  that ice that accumulated over approximately 1,600 years melted back in no more than 25 years. Read the New York Times story

Check out photos of the glacier’s retreat 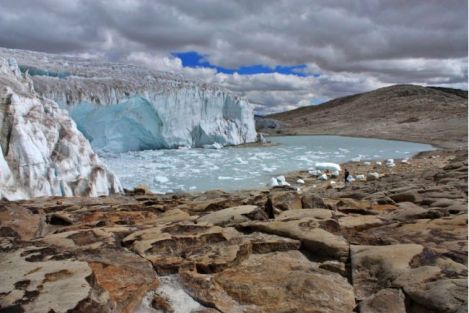 If it is built, the Monte Belo Dam on the Xingu River will be the world’s third largest, with  the capacity to generate over 11,000 megawatts ( by comparison, peak demand by NYC’s Con Edison was 13,189 megawatts in July 2011). It will divert some 80% of the river flow, consume over 400,000 acres of tropical forest, threaten hundreds of fish species that have a high rate of endemism, and displace 20,000-40,000 indigenous people. And dozens more dams are planned to meet the comfort demands of Brazil’s megacities Rio and Sao Paulo and planned Olympic venues.  A 2012 New York Times op-ed states, “According to Philip M. Fearnside, a professor at the National Institute for Research in Amazonia, Brazil’s plan for energy expansion calls for 48 large dams by 2020.”

The Kayapo and other indigenous people aren’t sitting down. Protestors from four indigenous groups (Juruna, Xipaia, Kuruaia, and Canela) and allied riverbank communities occupied a major work camp and temporarily halted construction of the controversial Belo Monte. At the 2012 United Nations Conference on Sustainable Development in Rio, delegates chattered while the indigenous opponents of Belo Monte protested in the streets. Some indigenous people are threatening to wage war. Strangely, the Brazilian government in the years since military dictatorship, has learned little about Mother Amazon (river and basin), arguably the most precious resource on the planet. It’s been said, No one knows the true cost of the Belo Monte Dam. Will we stand with Brazil’s indigenous people –or find out too late? Amazon Watch coverage  NYTimes Sunday Opinion  (2012)

If music is organized sound, then musician and professor David Rothenberg is always finding new ways to celebrate the music of the natural world. His previous books explored whale sound and bird song. Now he’s at it again, with Bug Music (his new book) based on studying cicadas, crickets and beetles and how they influence human music.  He has even played duets with them, compiled in the accompanying CD. Spend an hour listening to his interview on Diane Rehm (NPR) and the many sounds woven into the show.  Web site for Bug Music

Three cheers for InsideClimate News. It’s  a five-year-old web-based, nonprofit journalism operation with just 7 reporters – but covers a wide range of critical  issues. The group has just won a Pulitzer Prize for its reporting on a pipeline oil spill and related regulatory issues, in Michigan. The kind of spill is called a dilbit, for a type of oil called diluted bitumen. The three-part Dilbit story, by Elizabeth McGowan, Lisa Song and David Hasemyer,  incorporated reporting on the scientific community, EPA and others. It is only the second nonprofit news outfit to win a Pulitzer, following the awards given to Pro Publica in 2010 and 2011.  Inside Climate News receives funding from Rockefeller Brothers Fund, the Marisla Foundation, and the Grantham Foundation for the Protection of the Environment. Pulitzer Prize announcement  story

Check out the news operation

Edward O. Wilson is a biologist, Pulitzer Prize-winning author and a professor emeritus at Harvard University. Photo by Alex Harris/Liveright.

Let me count the ways… of how Edward O.  Wilson has graced the planet with his presence for eighty-some years.

An educator whose “intro to bio” course at Harvard was SRO for years on end; an eminent biologist with a deeply inquiring mind that seeks and finds new perspectives; a talented communicator, author of 26 books and winner of two Pulitzer Prizes; a visionary who used his TED “wish” in 2007 to envision an accessible directory of all organisms that became the Encyclopedia of Life (still underway).

Now, in Letters to a Young Scientist, he writes in a direct and personal style to young people (inspired  by Rainier Marie Rilke’s Letters to a Young Poet) who have chosen the sciences as their path. He covers the intimate and the big stuff too – creativity, building a career, and the pathway to success.

Anyone who knows “Edowilson” – as his facebook page is titled – doesn’t believe this book will be his last. Interview on National Public Radio

Video presentation in SFO (2012) 90 mins On the Human Condition

Excerpt from Letters to a Young Scientist

Nominate your environmental heroes for 2014!