Award-winning journalists and experts – Sebastian Junger, Siddhartha Mukherjee, Jennifer Ackerman– are  among the authors we’ve selected for Ten More Books you’ll like this summer. This selection of 10  looks at mysteries of health, heredity, immunity, consumerism, materials that transform the world, how compulsive media use is reshaping human experience, and the astonishing intelligence of birds. 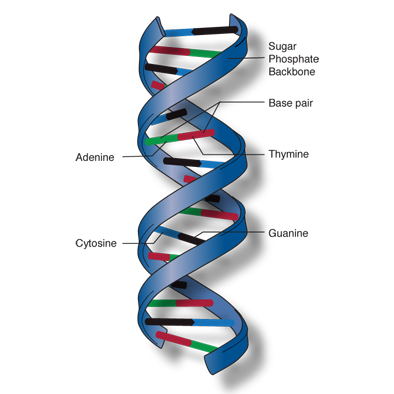 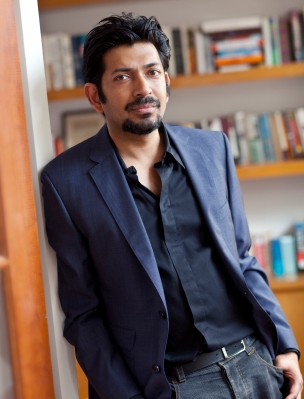 In the The Emperor of All Maladies (2010), oncologist Mukherjee deconstructed the mystery and complexity of cancer and elevated science journalism to an art form that won him the Pulitzer Prize and multiple other awards. Reviewers call his new book Gene: An Intimate History a prequel. Why is that? Cancer is after all a corruption of our genetic code that leads to malignancy. Cancer was known as a malady, usually fatal,   for dozens of centuries. Mukherjee  pulls back the curtain on the discovery of the gene, the creation of genetics as a scientific pursuit, the parsing of the human genome, and the implications for a post-genomic future. Mukherjee calls the gene, “one of the most powerful and dangerous ideas in the history of science.”  He weaves the tale from early days with Gregor Mendel’s plant experiments in the 19th century to the threshold of today’s CRISPR, in which a cell’s genome can be cut for gene editing.  Read the book review

Listen to the radio interview with Terry Gross (Fresh Air) 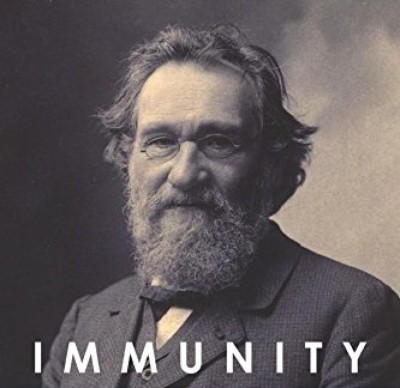 He’s called the “father of natural immunity,” but is scarcely known to the public (think Pasteur, Marie Curie, Jonas Salk and others) for his discovery of cells –he called them phagocytes– that form a line of defense against bacteria that invade the body. Metchnikoff is  a hero of medicine for his work at the Pasteur Institute, his efforts to combat syphilis and cholera, and his interest in the gut (he championed yogurt). In some ways, Metchnikoff’s ideas have come full circle as we now look at the gut biome and the role it plays in human health. This is the first full-scale biography  of the Russian zoologist. Luba’s web site. Interview with Vikhanski 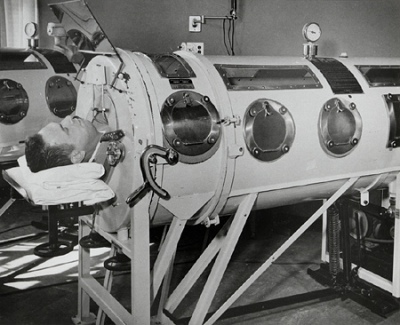 The iron lung, the technology that kept many polio patients alive. Courtesy of the Smithsonian Institution

Parents the world over struggle with the decision whether  to use vaccines to offer immunity to their kids from measles, whooping cough, polio and other communicable diseases –weighing the potentially unknown consequences of the vaccines against the known, possibly life-threatening,  effects of these diseases.  Biss’s series of essays looks at issues of trust – the government, the medical establishment – the environmental consequences of disease and its prevention, and much more. Radio interview with the author Blog discussion 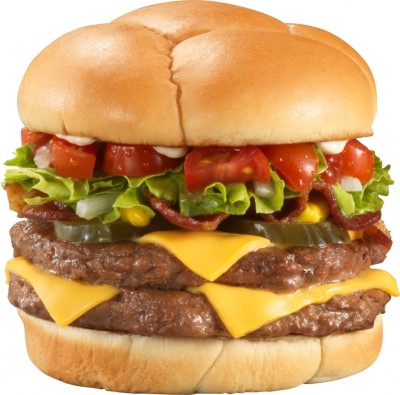 Meathooked: The History and Science of Our 2.5-Million-Year Obsession with Meat, Marta Zaraska. (Basic Books) Hardcover, 263 pages.  Today’s world appetite for animal protein is astounding – and it only keeps growing. Did you know that Brazil is the largest exporter of beef? And India is #2 ?(Water buffalo is called “beef” in the Indian subcontinent.) Author Zaraska notes: “The Organization for Economic Co-operation and Development (OECD) estimates that by 2020 the demand for meat in North America will increase by 8 %(as compared to 2011), in Europe by 7% and in Asia by a whopping 56%. In China, meat consumption has quadrupled since 1980.” 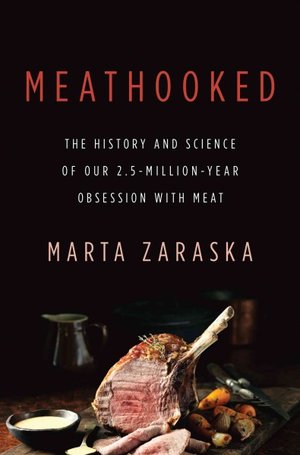 Meat is about a lot more than who’s eating what. There are natural resource issues (the amount of water to produce a pound of hamburger), climate change implications (greenhouse gases, especially methane from animal waste), the use of land to produce feed for animals rather than humans (corn and soy), and our inability to successfully use animal waste as a major power source. You’ll learn how meat-eating propelled the human species to grow a larger brain, develop tools, and achieve social development. This is NOT a diatribe – you’ll learn a lot. Kirkus review  Listen to a radio interview  The author’s website

Too Much of a Good Thing: How Four Key Survival Traits Are Now Killing Us, Lee Goldman(Little, Brown) 352 pages, $28 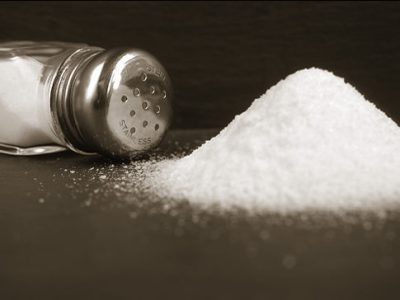 Our bodies are out of sync with 21st century life,  says cardiologist Lee Goldmanwho reviews how humans continue to hang onto survival traits that worked well in the Paleolithic era, but today threaten us with obesity, heart attack, stroke, depression and suicide. Here are the four “deadly sins” that early humans used to advantage and which are now killing us:   Craving for high-calorie foods and the ability to store excess calories as fat; the craving for salt; fear and self-protection for escaping prehistoric dangers; the ability to form blood clots (a good thing if you’re wounded, but not if you are sitting on your tush all day).  Each of these helped provide an evolutionary advantage for humans in its time, but not now! Read the book review  Read the Opinion piece in the Washington Post 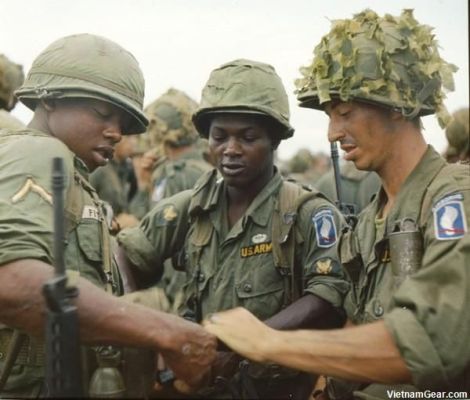 173rd Airborne prepare for the first major ground combat operation by US forces of the Vietnam War. Courtesy vietnamgear.com

Junger’s career was made with The Perfect Storm, but he hasn’t lost his willingness to dig deeper where trouble resides (for example, his book War). His new book appears to be two halves: a historical reprise of our 17th-18th century history (American social  experience of white people as captives of Indian tribes!) and the experience of today’s war veterans  yearning for the tribal construct they lived in in a war zone.

Junger writes, “This book is about … what we can learn from tribal societies about loyalty and belonging and the eternal human quest for meaning….It’s about why — for many people — war feels better than peace and hardship can turn out to be a great blessing and disasters are sometimes remembered more fondly than weddings or tropical vacations.” Read the book review  Listen to the radio interview with Junger

It’s time to put aside disparaging terms like “chicken,” “birdbrain,” and “turkey” or “dodo,” and recognize the creativity and intelligence of a wide range of bird species. Jennifer Ackerman has tracked birds from New Caledonia – an island between Australia and Fiji – to the home range of the African gray parrot, and fields in the Midwest where hummingbirds can find a single flower.

The New Caledonian crow may be the planet’s smartest bird –it can make a variety of tools and use them to excavate food. The hummingbird can locate a single flower in a featureless field it has visited before, and can gauge how long it will take for the nectar to be refilled. Some bird species recall the exact flight path they need to migrate north, even when they have been purposely put in a another location. There’s a species that can stash food for the winter in up to 5,000 different places, and relocate all of them. It was Darwin who said, birds are the nearest analogy to human speech, and if you’ve heard an African gray, you would certainly agree.  The darker message – and one we need to heed—is that up to half of all birds may go extinct by the end of this century! You’re in for a treat if you like birds. 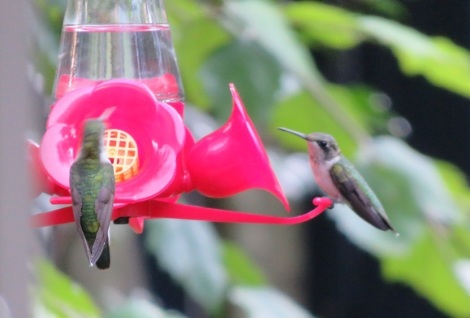 Two hummers at a feeder in suburban Maryland 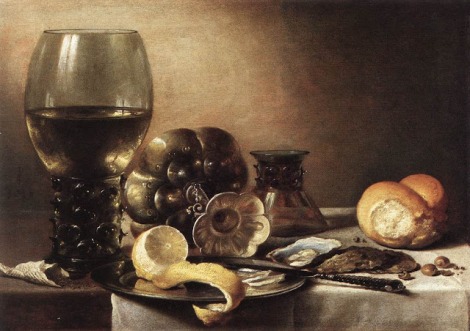 Empire of Things: How We Became a World of Consumers, from the 15th century to the Twenty-First, Frank Trentmann (Harper) 862 pp $40.

The “why” and “how” of consumption – a word that comes from the Latin consumere, to “use up” – has a long history, and Professor Trentmann  of the University of London mines the past with a plethora of facts and interesting insights .  Indian-dyed cottons reached Africa in the 11th century; the Asian Silk Road flourished, with routes where goods  and luxury items moved freely; wealthy Dutch burghers satisfied  their acquisitive urges with silver and crystal goblets. Along the way there was slavery, commodities trading, luxury goods, taxes, modern asceticism (think Gandhi), world trade and globalization in 800+ pages.  As Trentmann says, a continuous loop of supply and demand. Read the Guardian review  Opinion piece on popmatters 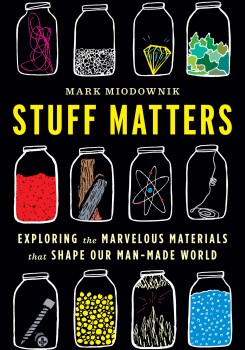 Stuff Matters: Exploring the Marvelous Materials That Shape Our Man-Made World, Mark Miodownik (Houghton Mifflin Harcourt) Illustrated. 252 pp. $26. Stuff has to be made out of something: paper, concrete, glass, plastic, steel—materials  that can be banal or exceptional. There is self-cleaning concrete, aerogel that was invented as a thickening agent in salves for sheep and now used to catch stardust, melted sand became glass, buildings made out of paper! If you think materials science is boring, read the two excerpts shared here: Excerpt on razors (Science Friday)  Second excerpt 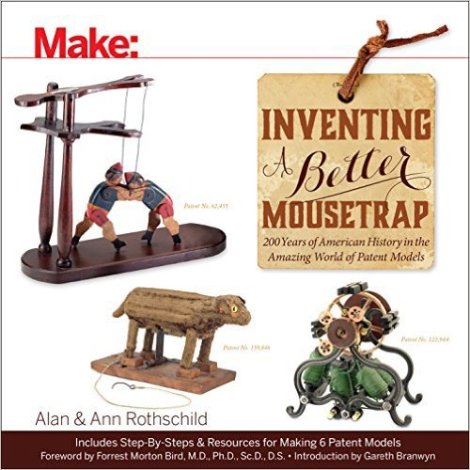 This fascinating book has its roots in the 1990’s with the passionate collecting by this duo, who amassed some 4,000 patent models that address American history and technological development. Now known as the Rothschild Patent Model Collection, it has been exhibited at the Smithsonian and shaped into a book. Alan Rothschild has also created a facility in which many of the models are displayed. Patents have been granted since 1790 when George Washington approved legislation that allowed the inventor to profit from his/her invention. His stipulation: the inventor had to make a miniature model of his invention. (The government’s  Patent Office Building in Washington DC is today the Smithsonian’s National Portrait Gallery.) By 1889 the requirement ceased, but over the course of a century some 200,000 patent models had been made.  Patent models are beautiful, amusing, sometimes confounding – and clearly depict the American genius at work. Here’s a great book to give or get. Learn more 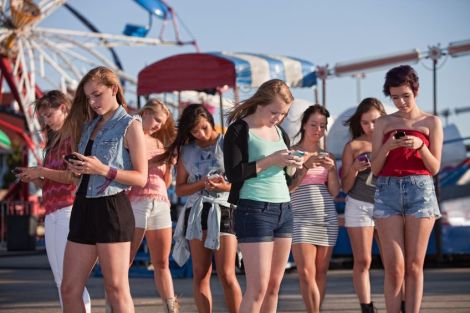 Teens on their cell phones

If you own a phone or tablet – and who doesn’t? – media scholar Sherry Turkle will offer you a deep dive into a brave new world: how face-to-face time with others is being diminished by our constant reliance on communicating with our media tools. Turkle says in an NPR interview (see below) that merely having your cell phone within viewing distance changes the conversation you are having with someone at your dining table. What she finds alarming is how time spent being alone – for privacy and self-reflection – is being lost, and how that may be robbing us of the skills needed, especially empathy,  to maintain in-person relationships with others. Turkle, who teaches at the Massachusetts Institute of Technology (a hotbed of technologists!) looks at “social robots,” such as the new Barbie that appears to care about  the little girl holding the doll, with some chatty canned repartee.  Turkle also considers the older woman in a nursing home who wants to tell her life story – there is no one to share it with – and she gets a social robot. We all love being online and connected, but Turkle has an essential question for us to consider: What are we going to give up in human relationships over the long term?

Excerpt of Reclaiming Conversation (on Amazon)

DON’T MISS OUR OTHER BOOK UPDATES!

Summer ’16: Ten You’ll Like: touch, taste, weather, animal intelligence,  amazing seashells, understanding our place in the galaxies, and a bold proposal to save our planet (and us too) by setting aside half of Earth as a conservation zone!

Bonus 10 on Architecture/Design: 10 new titles that will delight, either as coffee table tomes or serious reading.