Tusker Satao, in his prime at Tsavo East National Park, Kenya, felled by poachers in May 2014. Photo courtesy of Mark Deeble and Victoria Stone. http://www.markdeeble.wordpress.com

Can you match up any of the numbers to critically endangered species? These are animals that may not survive in the wild to the end of the 21st century – or anything close to it. 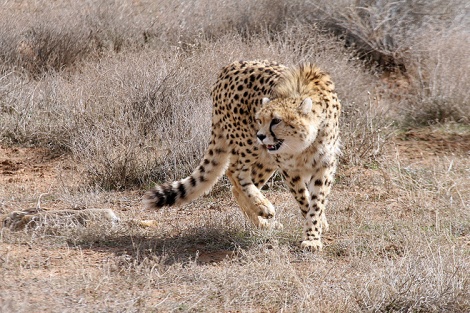 Cheetah at Khar Turan National Park in Iran, the last of the Asiatic cheetahs live here.

Jimmy an orphan koala (mother run down by a car in an increasingly urban area). Photo courtesy of Susanne Kelly.

Come back for our ongoing story series on animals on the brink of extinction – and what you can do to help them, and many thousands more species, from going to “0” in the wild.