Chile’s Patagonia region and the Peruvian Amazon started the New Year with millions of new protected acres– rich in biodiversity and natural features—and open to adventure travelers and the public for ecotourism. 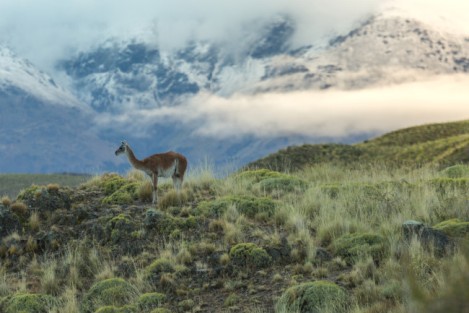 Yaguas is a remote region of northeastern Peru, near the Colombian border. It’s part of a vast expanse of forest along the Putumayo River, a tributary of the Amazon

The January 2018 announcements of these two powerhouse deals made it official:

Children of the Yaguas region, which includes 29 indigenous populations.

Much of the Amazon Basin– a region that comprises parts of eight nations, millions of forested acres, and often called the “lungs of the planet” for its carbon  sequestering ability– is under threat from logging, illegal mining, overfishing, inappropriate agriculture and other invasive uses. 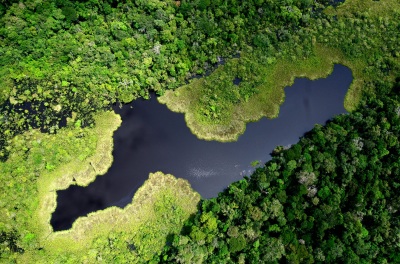 The creation of Yaguas Park, which is about the size of Yosemite National Park in the US, is a big deal. What makes it such a valued addition to protected lands in South America?

Corine Vriesendorp, a conservation ecologist at The Field Museum, (Chicago)  has spent nearly two decades there doing research with her colleagues.  “Yaguas is one of the most biodiverse places on Earth,” she says. “In a single tributary, you find two-thirds of the freshwater fish species in Peru. There are thousands of species of plants and hundreds of species of birds and mammals.” Among species in the region:  jaguars, giant anteaters, tapirs, and freshwater dolphins and stingrays.

“As a Peruvian conservationist, I am proud that with creation of Yaguas National Park, Peru continues on the path of creating one of the most amazing park systems in the world,” said Andes Amazon Fund Director Enrique Ortiz. “This park is as large as Yellowstone National Park and probably 10 times as diverse.” Read more

They determined Yaguas holds around 550 fish species, representing two-thirds of Peru’s freshwater fish diversity – more than any other place in the country, and one of the richest freshwater fish assemblages in the world.

People count here strongly as part of the rationale for land conservation, with some 29 indigenous populations in the area.   Yaguas was an early rubber tapping center  in the 20th century that inflicted genocide, around the turn of the century, on the indigenous populations with rape, mutilation and murder.

As reported in Mongabay, Liz Chicaje Churay, the leader of the Bora community and representative of the Federation of Native Communities in the Ampiyacu (Fecona) River basin, commented, “ With the creation of Yaguas National Park, our culture, our forests, and our life proposal are being respected. Yaguas represents a sacred territory, a source of life that our ancestors defended.” 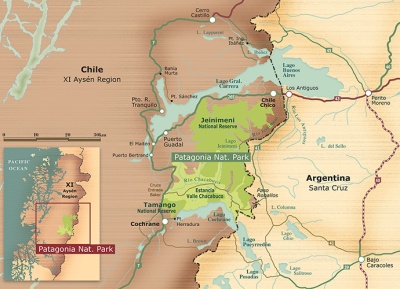 The gift of Patagonia Park and Pumalín Park to Chile’s National Park system is the story of a passionate couple who pioneered two successful outdoor gear companies– Patagonia and North Face/Esprit – and then stepped into a real life adventure of living in Chile and acquiring land there and in Argentina for conservation. It wasn’t all smooth sailing. Many people in Chile were skeptical about why two American entrepreneurs were buying their land and how it would be used.

The “happy ending” earlier this year was bittersweet: Doug Tompkins – half of the pioneering couple with his wife Kristine McDivitt Tompkins– lost his life in 2015 while kayaking with Yvon Chouinard, the Ventura-based founder of Patagonia.

Kristine Tompkins has soldiered on with their shared mission – “rewilding” the planet through their foundation and the land they acquired.   Their gift of one million acres , along with nine million acres of federal land added from the government of Chile — a combined 10 million acres, the size of Switzerland–   establishes  five new parks and three expanded ones, and makes Chile an international leader in land conservation. These parks will protect huemuls, guanacos, condors and other species.

The Half Earth Project–– embraced by the Tompkins– was instigated by renowned biologist  Dr. Edward O. Wilson and put forth in his 2016 book Half Earth: Our Planet’s Fight for Life. It’s been called a personal exhortation to save biodiversity by strategically setting aside half of the planet‘s natural areas to forestall extinction of many species. With partners like the Tompkins, efforts are spreading to preserve ecologically significant tracts of land and its biodiversity. Read the interview

If you love adventure travel, check out the opportunities to visit Patagonia and Pumalín National Parks in Chile.   You can get to Pumalín by land and by sea.

Once there, you’ve got an array of places to explore and things to do: camping, hiking, guided paths, an information center that includes cafeteria and cabins. Be daring or take it easy – ascend to the hanging bridge over the Gonzales River, take water excursions down a fjord to see the sea lion colony,  enjoy scenic views.

Cabins at Pumalin National Park. Courtesy of the Foundation.

If you’re up for camping and “back country” experiences, try out Parque Patagonia. It  offers  campers and backpackers some serious options: You should plan to stay at least one night, more will be fun. Lots of helpful information on the web site includes transportation, suggested packing list and more.