For Earth Week 2019 we will feature one “hero” each day, although we’ve found many more heroes than there are days in a week.

Here’s who you will learn about:

Sister Rosa Cortez cleaning aquaria in which achoques are bred. Photo courtesy of Adriana Zehbrauskas for The New York Times.

Nuns at the Basilica de Nuestra Señora in Pátzcuaro, Mexico, (a Dominican Order) who are singlehandedly saving a colony of achoques, a rare breed of salamanders.

Swiss philanthropist and founder of Synthes, Hansjœrg Wyss, is donating $1 billion over 10 years to accelerate land and ocean conservation – with the goal of saving 30% of the earth’s surface by 2030.

Doctors without Borders: Thousands of doctors, nurses, field managers and volunteers have cared for the injured, the sick and malnourished in 77 countries, often places of war where no one else would venture. (Médécins sans Frontières) 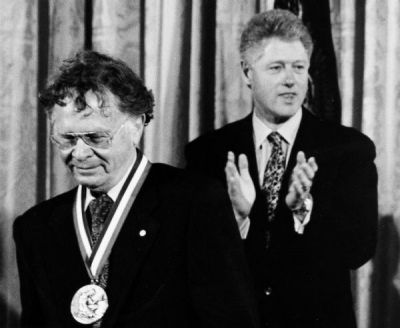 A tribute to Wallace S. Broecker, who died February 18, at age 83, a researcher who popularized the term “global warming” and was one of the first to sound the alarm about climate change; and to Mary Oliver (died January 19) whose reverence for flora and fauna won her the National Book Award and the Pulitzer Prize, for her prolific poetry and prose.

Florence Njiraini, a woman coffee farmer and a leader in sustainable farming in Kenya . who is helping build a livable future for her country. A nominee for the Rainforest Alliance’s Community Honoree Award.