Vignelli’s statement says it all! (Courtesy of Massimo Vignelli studio)

We have all lived with Massimo Vignelli design – that is, the marvelous works of Massimo and Lella Vignelli and their New York-based studio. It might be the bloomingdales brown bag or National Park Service leaflets with their unifying black stripe. In my case, for forty years it has been the signage system for the Washington DC region’s Metro system and several pieces of heller plastic cups and trays from the 1970’s that arrived in Vignelli-designed packaging with brightly colored type in the Helvetica font he adored. While Vignelli has passed on – his death was announced yesterday – his legacy lives in the enormous array of graphic design, logos, maps and systems, furniture and objects that are part of our visual world. 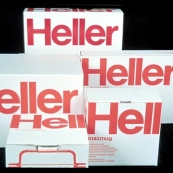 “ We are for a Design that lasts, and responds to people’s needs and to people’s wants. “  (From “The Vignelli Canon”) 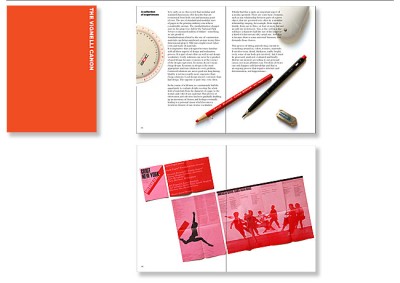 Learn more with these terrific resources

Design Is One: Lella and Massimo Vignelli, a documentary directed by Kathy Brew and Roberto Guerra, traces the couple’s influential partnership (2012). The film’s web site includes an excellent short video, decade by decade,  and object/type archives, as well as a calendar of upcoming screenings.

The Vignelli Canon (book) Scroll and read page by page

The Vignelli Center for Design Studies at Rochester Institute of Technology

“We despise the culture of obsolescence. We feel the moral imperative of designing things that will last for a long time.” (From The Vignelli Canon)