Frans Lanting is one of three renowned photographers we’ve selected — the others, Brian Skerry and Joel Sartore — to showcase their exceptional achievements as photojournalists and their passion for conservation of animals and the natural world.

Nature is My Muse
It’s not easy summarizing Lanting’s work—it spans four decades, travel to every continent, tens of thousands of hours in the field, on his own and with his wife, videographer-editor Chris Eckstrom. His story leads you to dozens of places –and to compelling personal narratives in videos, TED talks, books and broadcasts. We’re sharing access to Lanting’s world through many links, plus his portfolios and the chance to buy his prints directly.

Born in Rotterdam, The Netherlands, Lanting received a master’s degree in economics from Erasmus University in Rotterdam and came to the US to study environmental planning. His first nature photographs were made in Kralingse Bos, Rotterdam’s wooded park. From childhood on, Lanting says, he connected with nature while seeing his beloved city grow into an industrialized area. Once in the U.S., he was swept up, he says, in the creative world of southern California, and quickly moved into photography as a means of expressing himself – with no looking back.

The depth of his feelings is told in many stories we are sharing with you.

Rejoice in the Unity of Life
What is the world of Frans Lanting ? It takes months to research and access remote locations, immerse himself in an environment, and “get small,” as he calls it, in the natural world. Often in the open, often within feet of his subjects, whether in the Okavango Delta or creating intimate animal portraits (Eye to Eye), Lanting says, “I become a different person when I connect with animals.”

In tribute to all animal life, Lanting captured in a 2014 TED video an ancient myth-story from a tribal elder of the Kwikwasut’inuxw Haxwa’mis First Nation of how the all animals gathered each year, dropped their skins, furs and scales, and were one, dancing deep inside a sacred cave. A human encounter with the animals ended the joyous dance forever. (See the TED talk)

The story pays homage to the unity of life, and explains Lanting’s own desire to be transcendent between animals and humans. “As a photographer, I try to reach beyond the differences…. to get to [animals] eye to eye…to appreciate all that we have in common. When I use my camera, I drop my skin like the animals in the cave, so we can see who they are.” 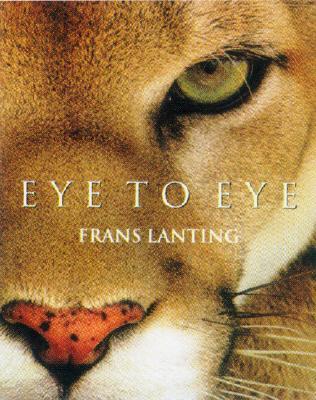 In his Eye to Eye portfolio of the 1990’s—the book is still available — Lanting demonstrates the kinship of animals by taking them out of their context, assembled in 140 images taken over 20 years, representing over 70 species. He does not seek traditional beauty, rather, he says, “the perfection I seek in my photographic compositions is a means to show the strength and dignity of animals in nature.”

There’s scarcely a more impassioned voice than his in paying tribute to the animals he considers our ancestors and forebears on the planet, asking us to take responsibility for the dramatic loss of biodiversity in our time.

To the Ends of the Earth…

Pick a location, and Lanting has probably been there for National Geographic or other projects: His first major assignment for the Geographic was in Madagascar, “where he documented wildlife and tribal traditions never photographed before.”

It seems there are no conditions too challenging, gritty or dangerous to which he won’t rise. He’s known to move a pile of elephant dung by hand  to improve his line of sight while lying flat on his stomach, in wait, on the edge of an elephant watering hole. He finds humor where others might flee: while stalking rhinos, his guide warns, if there are no bushes to hide behind, “run like hell.”

(See the magic of how Lanting photographed the Camel Thorn Tree)

He’s spent weeks on high platforms (but is averse to heights) for rare tree-canopy views of wild macaws; lived on isolated atolls in the Pacific to document seabirds, camped inside a volcano in the Galápagos with giant tortoises.

Emperor Penguin and chick. The parent steadies the chick on his feet to keep it from getting chilled. Copyright Frans Lanting. lanting.com

Lanting’s time – on the ground, in the canopy, or by sailboat circumnavigating the remote South Georgia Island – is more than a photofest. His work has covered new ground, both for scientists and conservationists, in documenting ecological hotspots and conditions of declining and deeply endangered species (e.g. last Asian cheetahs of Iran, albatrosses). His coverage of the Okavango Delta in National Geographic inspired new international interest in wildlife and conservation in Botswana. 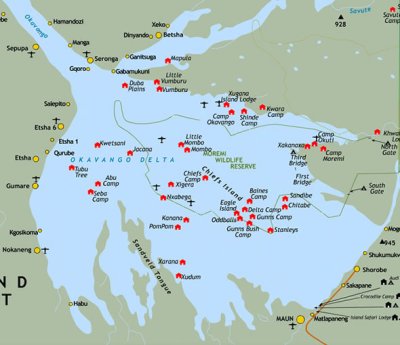 Watch how Lanting works in this National Geographic video

In his maturity as a photojournalist, Lanting recognized that after  seeing animals, one species at a time, he recognized them “less as a photographic subject, more as ambassadors of ecosystems.” A year-long odyssey looking at biodiversity – seeking the network of relationships as EO Wilson has defined the term — became the subject of a National Geographic millennium issue (February 1999) that was filled entirely with his images.

Lanting spent time on the Galápagos with island-based animals, untouched in evolutionary time, that have no fear of humans. He was deeply influenced, and from this personal vision, Lanting began a new odyssey, a personal journey in 1999 – seeking the earliest beginnings of life — “a time traveler with echoes of the past in the present”– the origins, elements, surviving species, that gave rise to our abundant planet. You could call it a synthesis of his career.

Carolyn Kuan conducts Origins, a symphonic work based on The LIFE project, in Geneva, Switzerland for the official start-up of the Large Hadron Collider (2008)

It led him to remote locations such as Western Australia’s Shark Bay and Siberia’s Kamchatka Peninsula to capture primordial landscapes—and into museums with unique collections of fossils and microscopic life. The result is what he terms, “a celebration of planet Earth that aims to educate and inspire through images and stories of the incredible biodiversity that surrounds us.”

Life a journey through time (cover) 2009

LIFE: A journey through time (also called The LIFE Project) a lyrical interpretation of life on Earth over 4 ½ billion years – from the Big Bang to today –took seven years to produce, and was first released in 2006. The original, one-hour multimedia production LIFE: A Journey Through Time, featured Lanting’s photographs and composer Philip Glass’s music, first produced by the Cabrillo Festival of Contemporary Music with then- music director Marin Alsop.
An expanded version inaugurated the World Science Festival (New York City) in 2009 and was presented in 2012 at the Concertgebouw in Amsterdam to celebrate the 50th anniversary of the World Wildlife Fund. The symphonic version continues to tour Europe and the U.S.

Take the journey with Lanting, narration and music,  in his TED Talk

It has been presented in various media platforms, as a book, exhibition, interactive website, and the multimedia orchestral performance. The LIFE exhibition continues to tour, most recently at the Annenberg Center

Lanting’s concerns are driving him into the future. Successful as a photographer who is a bridge to nature, he sees himself as someone who can “interpret the concerns of scientists and articulate the concerns of conservation organizations.”

“[I am] keenly aware of the changes everywhere… my photos become a means to an end,” with animals as ambassadors for ecosystems. “Nature is throbbing with vitality,” he says. “On top of that comes the human footprint; no place left on Earth is where you can say, ‘this is pristine nature.’ The consequences are everywhere.”

Lanting’s mission is to use photography to help create leverage for conservation efforts ranging from local initiatives to global campaigns. He serves on multiple boards, as an Ambassador for the World Wildlife Fund Netherlands, Chairman’s Council of Conservation International, and on the International Board of WildAid.

A year-long show at the Smithsonian Institution National Geographic Into Africa: The Photographs of Frans Lanting (2016) will be a new book Into Africa, to be published by Insight Editions in October 2017. Stay tuned.

Dialogues with Nature, an exhibition at the Nederlands Fotomuseum, Rotterdam (June-Sept 2016),

Interested in buying prints from Frans Lanting? Here’s how Check out the portfolios
Open edition prints

Madagascar A World out of Time

Frans Lanting’s books have received awards and acclaim: “No one turns animals into art more completely than Frans Lanting,” writes The New Yorker. Many are still in print.