And you’ll be on the road — from the Iron Curtain Trail (thousands of kilometers long in 20 countries) to Silk Road caravans, with raw materials, luxury goods, slaves and more from Asia Minor and the Middle East to a very receptive West. 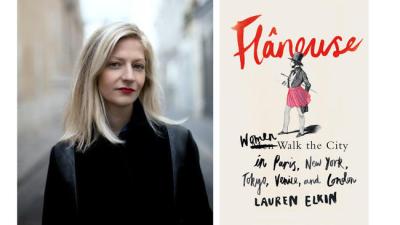 FLÂNEUSE : Women Walk the City in Paris, New York, Tokyo, Venice, and London, Lauren Elkin ( Farrar, Straus & Giroux) 2016. The French have a name for it – flânerie– a strolling walk in the city. In our 2014 literary homage to Paris, Green News Update wrote about flâneurs and their books (the male equivalent).   Australian-born Paris resident John Baxter wrote about his own cultural meanderings in The Most Beautiful Walk in the World: A Pedestrian in Paris (2011)  Before him, Edmund White, a Paris resident for 16 years,  wrote The Flâneur a decade before Baxter (Bloomsbury, 1999).

Lauren Elkin defines a woman stroller as “a determined resourceful woman keenly attuned to the creative potential of the city, and the liberating possibilities of a good walk.” Part-history, part-memoir, Elkin tackles the feminine version of the flâneur in stories on creativity and the city that range from literary figures George Sand, Virginia Woolf and Jean Rhys to Martha Gellhorn (war correspondent) and filmmaker Agnes Varda,  deftly covering nearly a half-dozen world cities. Read an excerpt of FLÂNEUSE 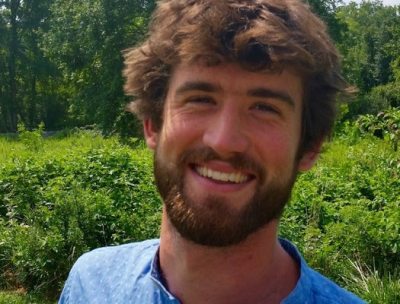 Recent Middlebury College grad Andrew Forsthoefel forsook the usual “grand tour” ( Europe) in 2011 to launch an eleven-month,  4,000-mile walk from his home in affluent Chadds Ford PA (his home) to California.  His backpack was loaded with works of Walt Whitman, Rainer Maria Rilke, and Kahlil Gibran, but those volumes didn’t prove nearly as valuable as the sign on his backpack, “walking to listen.” He got an earful from a widow in North Carolina, a civil servant in Louisiana, a long-distance trucker and a boatload of others – thousands it turns out –who told him their stories, shared their prejudices, fed him, even gave him money.

The best part of the book is the listening part: an homage to getting into adult life through the insights and generosity of people all across the spectrum. No surprise, his permanent web site is now called “living to listen.” Book Review  and Forsthoefel’s web site

The Cyclist Who Went out in the Cold, Adventures Riding the Iron Curtain, Tim Moore (Pegasus )340 pp $ 26.95 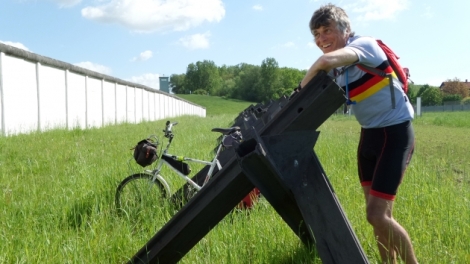 Veteran British cyclist and travel writer Moore tackled the entire EuroVelo 13 Iron Curtain Trail,  with two major disadvantages: he selected March as the time—imagine, north of the Arctic Circle –to start his ride and selected a crappy, old GDR shopping bicycle (formerly East German)  with only 2 gears, as his transport! 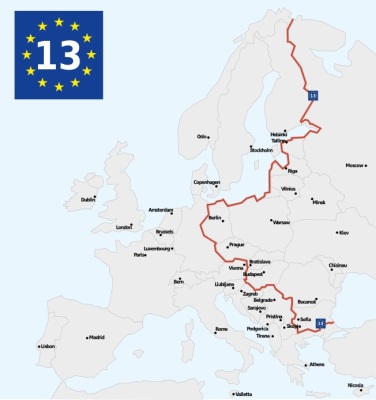 Running thousands of kilometers through 20 countries, from Finland to Macedonia and the northern tip of Turkey, the Iron Curtain Trail is a powerful remnant of life under the former Soviet Regime,  transformed for history and cultural memory.  Today’s trail was once a no-man’s land of barricades, barbed wire fences, walls, watchtowers and guard posts that stretched for 7,000 kilometers and divided Europe– a deadly deterrent for those who wanted to flee repression under the Soviets.

A bonus: Before you buy the book, read our lengthy Green News Update article (July 2016) on the history and development of the Trail and its many assets.

Moore recounts in a Euro Velo interview:  “Riding past all those derelict military surveillance sites and heroic social-realist statues I vacillated between terror and admiration: here were the relics of an astonishing social experiment that at its peak encompassed a third of the world’s population, a theoretically laudable ideology that curdled horribly, stirring up such potent hatred on both sides of the curtain that it very nearly destroyed our planet.” (By the way, it’s possible to walk many sections of the trail, for those who don’t want to bike it!) Watch Tim’s adventures (youtube)

Walks of a Lifetime

Those of us who are urban walkers know the benefits of a well-paced daily walk. The Mannings take walking – and its salubrious benefits —  to a whole new level,  with two volume of walks, with tips, maps, photos and personal insights, bound to get your walking “itch” ready to be scratched. Take your pick – 30 great long distance walks that cover six continents, ranging from inn-to-inn hiking to backpacking; or 30 long-distance (and multi-day walks) that feature coastlines ( Italy, Hawaii, Maine) great cities ( Paris, London, Sydney) and wilderness (Colorado, Alaska, Utah). For more information 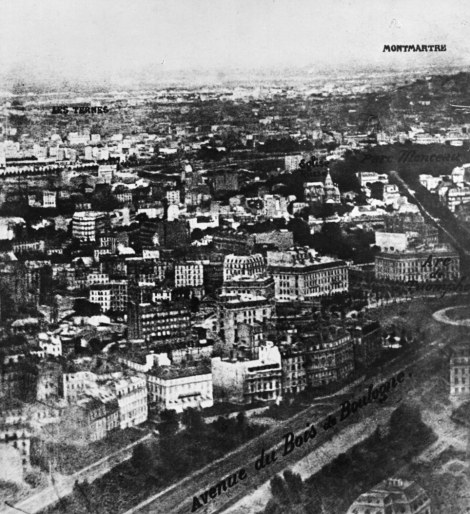 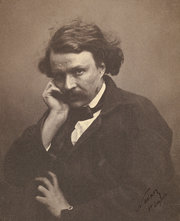 Gaspard-Félix Tournachon (1820-1910),  under the pseudonym Nadar,  would have been perfectly at home in the 1960’s (see The 1960s below):  talented photographer, artist,  balloonist, bon vivant, party-giver extraordinaire, gifted caricaturist, journalist and editor.  He knew everyone, he photographed many of the famous and talented. Perhaps we should think of him as a shape-shifter.

Nadar, Begley writes, “had a hand in shaping the whole notion of bohemianism.” His family seems to have been equally unconventional: his parents did not marry until he was 6 years old.

The New York Times review notes: “He was a pioneering balloonist. Nearly 200,000 Parisians came to see one of his early flights. He took the first aerial photographs and delivered some of the earliest airmail.

Jules Verne based his novel From the Earth to the Moon (1865) on Nadar. He was dashing and seemed to have no middle gear.”  And yet – despite the partying and revelry – he remained married to the same woman for 55 years and photographed her at every stage of her life! The Prix Nadar Images Award since 1955 – named for Nadar – annually recognizes a book of early or contemporary photography published in France during the year. Read the review and you’re bound to buy this book! 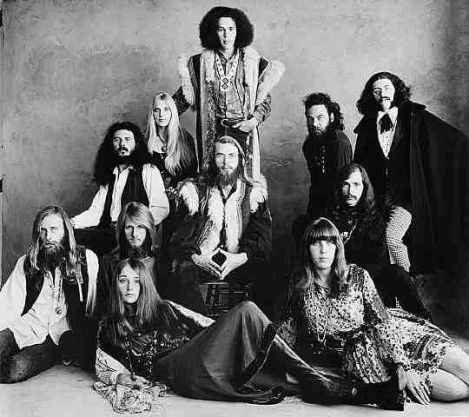 Imagine an anthology of essays, profiles and fiction by those who lived the 60’s – covering the huge events,  turmoil and unrest of those times: the assassinations of JFK, Bobby Kennedy and Martin Luther King; the Vietnam War, social unrest in “inner cities” across America, integration of southern universities, the 1968 Democratic Convention, bold new works of fiction and documentary drama.

The 60s cover, The New Yorker 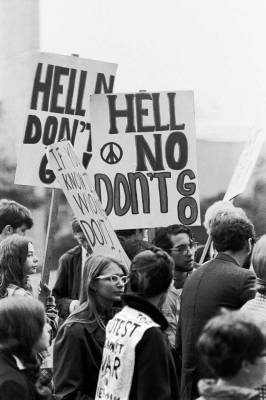 This volume is the third in the decadal series being published through The New Yorker. A perfect opportunity to relive your days in that decade, and for those born from 1970 on,  readings from some of the nation’s best writers and essayists. Read an excerpt

The Silk Roads: A New History of the World, Peter Frankopan. (Bloomsbury)  636 pp 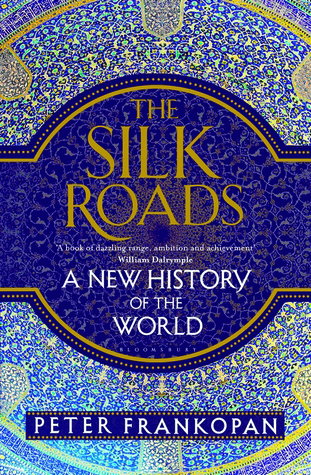 This much-awarded book may turn you on your head! Detailed and thought-provoking, it defies past notions that the Mediterranean was a singular, powerful influence that shaped the (Middle) East.  In a glowing review, the Economist notes, “From the first cities in Mesopotamia to the emergence of Greece and Rome to the depredations by the Mongols, the transmission of the Black Death, the struggles of the Great Game, and the fall of Communism–the fate of the West has always been inextricably linked to the East.”

The Silk Roads as the crossroads of East and West is covered in this in-depth, some say epic, book that looks at how long-distance trade and conquest, luxury goods and slave trade from the East enriched life in the West. Did you know that the Huns deliberately bound their children’s heads into a point shape? Find out why.  Were you aware that when Persia’s Cyrus the Great was killed in the 6th century, his head was carried about in a skin filled with blood “so that the thirst for power that had inspired him could now be quenched.” Review in the Economist 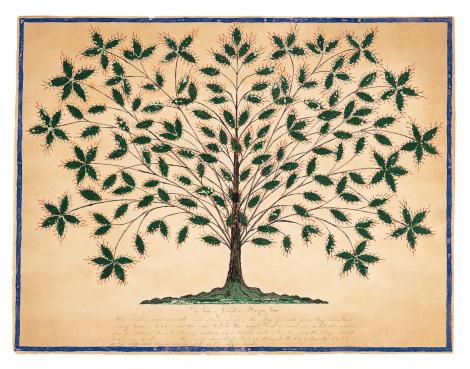 After seeing the order, simplicity and spirited creativity of Shaker architecture and design in 1983 — an exhibition at the Whitney and Corcoran Gallery of Art–  I find it easy to understand the  beliefs and lifestyle that attracted the world weary and those seeking an escape from the rigors of 18th century industrial life. While celibacy ultimately undid the Shaker movement in the 20th century, founder Ann Lee’s proscription that “salvation lay in creating heaven on earth” continues to resonate for those looking for gender equality and eschewing property to share communally. 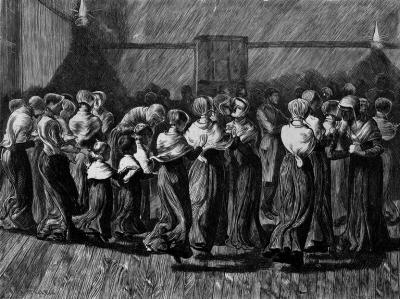 Jennings looks deeply at the Shakers and four other distinctive communities –New Harmony, the Fourierist Phalanxes, Icaria and Oneida –that thrived in their time. Want an escape from Trumpism, nativism, consumption overload, unceasing terrorism and insurgencies? Pick up this volume and time travel to the 19th century for a fresh look at men and women who led spiritual, hopeful, creative lives through hard work and simple living. Paradise Now book review

To Be a Machine: Adventures Among Cyborgs, Utopians, Hackers, and the Futurists Solving the Modest Problem of Death, Mark O’Connell (Penguin Random House) 241 pp hardcover. 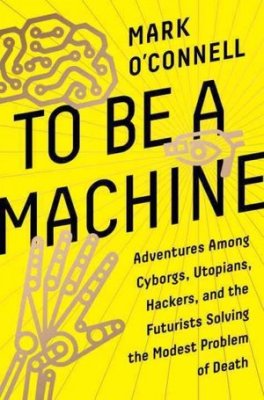 To Be a Machine cover

Not far from my house resides the headquarters of a 21st century high-tech health company whose highly compensated CEO believes in transhumanism. Mark O’Connell is right: there are more people in science, technology and other uber-fields than you’d normally consider, who believe they can beat death, as National Public Radio puts it, “ [by] transferring your “essence” to a non-human entity that will hold it, be it silicone or some kind of artificial robot…. Can you be you when you don’t have your body? Are you really just transferrable information?”

Here’s a really memorable read by a writer with a literary background who injects – no pun intended – humanism into scoping out the people in robotics, cryonics and even those who implant sensors in themselves to be more humanoid.  Youtube interview with Mark O’Connell