Our planet is a complex place — ancient places and traditions imperiled by war, land grabs, urbanization, changing values, changing climate. Our upcoming articles this winter and spring demonstrate how much change is underway, and why it is so important to preserve –or reintroduce –ways to ensure a sustainable planet.  Here’s a preview of what’s coming in Green News Update. 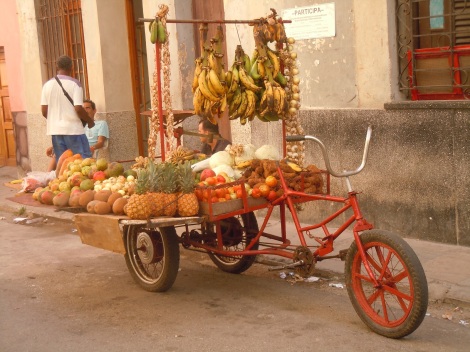 Smallholders in Havana sell their produce on the street. Empty lots are used for raised bed production to feed urban populations.

Bound for Cuba? 15  “must see” towns, places  and experiences,  selected by recent travelers on  “people to people” tours. (We’ll share plenty of photos too)

The destruction of Palmyra, ancient city and World Heritage site in 2015

Andre Bauma who is mother and father to four orphan gorillas. Photo courtesy of Getty. We featured him last year as an Environmental Hero!

Earth Week  Heroes 2016:  We’ll share a lineup of people who have done a lot for the planet and for humanity. Here are a few of the heroes we wrote about for Earth Day  2013 and  Earth Day 2014

Transhumance – nomads and pastoralism: What’s that ? The  seasonal movement of people who shepherd their animals – sheep, cattle, reindeer — to seasonal ranges and feeding grounds, an ancient tradition now declining.

The Arctic – our newest ocean?: The “commons” at the top of the world may be up for grabs as the glaciers melt and the permafrost thaws.  Who owns it? Will big business win control? What will happen to indigenous people, animals and birds ? 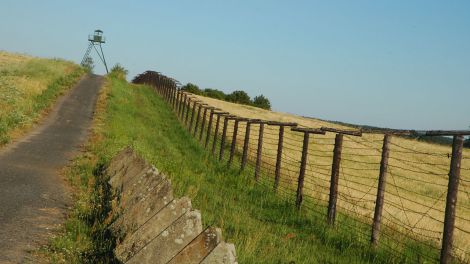 The Iron Curtain Bike Trail: At 10,000 kilometers in length, the former Soviet empire’s border is gone.  Are you ready to bike it ?

Bookmark Green News Update and come back whenever you can!